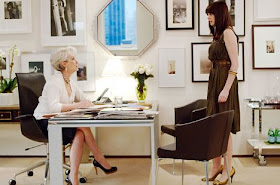 Women as bosses in the workplace are great. They know what they want, they understand how to persuade people. They battle for the right things and are, for the most part, ethically sound. They fit into the role quite well. Sometimes it's they're company CEOs. & Owners.

The women described in the Bible are not always homemakers and mothers. Obviously, the biological function (role it plays for its genetic success) of women is to produce children. However, Deborah was both a judge and leader of Israel. (Judges 4:4) Other women were involved in ridding Israel of her enemies. (Judges 4:21) Quite a number of women are described as being prophetesses. (Exodus 15:20,2 Kings 22:14,Luke 2:36) Other women in the Bible were involved in teaching the Word of God. (Acts 18:26) 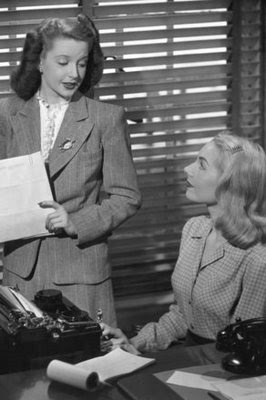 Personally my own wife is an accomplished Lead Graphic Designer and won, or helped win, 18 advertising awards and a television award. We made an agreement that whoever can earn the most money would work, the other would raise the children. I lost, now I am homeschooling our four, soon to be five, kids and wouldn't trade it for any amount of career money. It took a couple of months to later realize that I actually won the deal.

Even if I am still head of the house, she still submits to my authority as head of the house, I hold my wife elevated with respect and love. The gift she gave me that allowed me to truly enjoy my children is greatly appreciated. We still hold our roles Biblically though.

It all started with Eve. When Eve disobeyed God by transgressing His Law She brought things onto herself. (1 Timothy 2:14) She basically put "self" as her god. Eve placed God on trial as a criminal. She listened to God. She listened to Satan and weighed the two. Adam followed Eve instead of God. Autonomy was the oldest sin.

In referencing the woman: "and thy desire shall be to thy husband, and he shall rule over thee."

In referencing sin: "And unto thee shall be his desire, and thou shalt rule over him"

Metaphorically, the temptation of sin wants to have control over, or consume, Cain, and it did. By nature, because of the fall, the woman will seek to rule over the husband. Also, because of the fall, there is a natural tension that takes place in the family and there is a struggle for headship. "Woman wears the pants in the family" is a result of the curse. We are to resist sin and control from the woman.

So the Women desire to rule over men, because of the fall, falls naturally into the position of authority, because of her desires. This is why, I believe, that desire was so great they burned their bras and protested in the recent past to increase their role in the workplace. In a Holy setting though (Church, Government, Family) we are not to allow the woman to usurp that authority.

Don't stop here though, now go read bit.ly/misogynistic for a complete thought on Women and their role with God.